Understanding Your Assault Charge in Minnesota

Charges such as assault, domestic assault, strangulation, and threats of violence are jarring to receive. These are serious, fact-specific charges that should always be handled by a Minnesota assault criminal defense lawyer. The stakes in an assault case are incredibly high, and you may face lifelong consequences if you are convicted.

It is important to truly understand the charges you face so that when your defense attorney presents different options, you will feel confident making difficult decisions. Read on to understand the key differences between the various assault charges and degrees.

In general, an assault is an “act done with intent to cause fear in another of immediate bodily harm or death; or the intentional infliction of or attempt to inflict bodily harm upon another.” Many people falsely believe that they must have inflicted a physical injury to receive an assault charge. Throwing a punch and missing can be enough to support an assault charge. A verbal or written threat of physical harm may also lead to an assault charge, but the threat must be immediate. A defendant may receive a charge for threatening someone’s safety in the next month, but that charge won’t be assault because the threatened violence is not meant to occur immediately.

In Minnesota, there are five degrees of assault. Certain facts can enhance the level of the charge.

The most serious offense is a first degree felony assault, which may result in up to 20 years’ imprisonment and/or a fine of up to $30,000.00. Individuals charged with First Degree Assault have been accused of inflicting great bodily harm, or attempting to use deadly force on a police officer, prosecutor, judge, or correctional officer. This is always a felony. Other degrees of assault may be a misdemeanor, gross misdemeanor, or felony depending on the circumstances and whether there are any aggravating factors.

Factors That Aggravate or Enhance An Assault Charge

Several factors may aggravate your assault charge. If this is not the first time you’ve been charged with a violent crime, your charge can quickly transform from a misdemeanor into a gross misdemeanor – or even a felony. A third assault in a ten year period is an automatic felony.

The degree of injury to the alleged victim can also affect the charges you receive. The more gravely the victim is injured, the more likely you are to face a felony assault charge. A permanent injury, such as a facial injury requiring reconstructive surgery or a lost tooth, will likely result in a felony charge. If you are accused of using a weapon to injure someone, this will also enhance your charge. And if the alleged victim suffered grievous injuries such as a traumatic brain injury or loss of limb, you can expect to face a first-degree assault charge.

Being accused of assaulting a police officer or other public official can also aggravate your charges. If you assault a cop, judge, prosecutor, correction officer, or another correction employee while they are on the job, you will be charged with a felony. An assault motivated by bias may also be subject to enhancements.

The victim in a domestic assault must be a family or household member. “Family or household members” can be spouses, former spouses, parents, children, or persons related by blood. They also can be people who lived or currently live together, have a child in common, a pregnant woman and the alleged father, or who are involved in a significant romantic or sexual relationship. Whether you are married or living together does not matter when you have a child in common or are an alleged father.

While a first time charge is considered a misdemeanor, domestic assault is an enhanceable offense. This means that if you are convicted of a second domestic assault within 10 years, the charge is enhanced to a gross misdemeanor, punishable by up to one year in jail, a $3,000 fine, or both. A third domestic assault within 10 years is considered a felony, punishable by up to five years in prison, a $10,000 fine, or both. This is extremely important to remember if you don’t want to end up behind bars. Even if you receive a favorable outcome in your first domestic violence case, your attorneys can’t guarantee you’ll receive leniency in the future.

You can count on the experienced Minnesota criminal defense attorneys at Sieben Edmunds Miller for exceptional legal representation if you are charged with any type of assault. Our attorneys have a reputation and history of success. Our team will fight for you every step of the way, and we won’t stop until we secure the best possible result in your case. Contact the assault and domestic violence defense lawyers at Sieben Edmunds Miller PLLC at 651-994-6744 for more information. 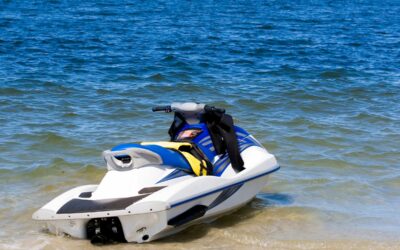