We often hear from accident victims who were in the middle of a U-turn when they were struck and injured by another driver. Although this type of accident is common, there are many scenarios that can lead to the crash – and the same vehicle won’t always be responsible for the damages. We know understanding who is at fault during this type of accident can be confusing, so here is some insight that may help you understand how the professionals determine who is responsible.

Even if we don’t mention your situation in this post, you may still be able to receive compensation for your injuries through a personal injury case. Please contact a U-turn car accident attorney before you speak to or accept money from the other party or their insurance company.

The Legality of the U-Turn

As you may suspect, a driver who is hit by another vehicle while making an illegal U-turn is generally held responsible for the accident. They were not following traffic laws, which are created to help drivers avoid an accident. The driver who hit the U-turning vehicle may be able to pursue a personal injury case if they are not at fault.

There are certain roads where it is perfectly legal to make a U-turn. In this case, fault is not determined by which driver was making the U-turn, instead, by who had the right-of-way, and whether either driver was distracted. If you had a green arrow while making your U-turn and a driver coming from the other direction T-boned your car, that driver was negligent by not stopping at their red light. A driver who is turning right on red and hits you during a U-turn, especially if they turn out into the lane farthest from them, has not yielded the right-of-way.

The Safety of the U-Turn

Even if the U-turn is legal, the driver executing the turn must be aware of the speed of traffic in the lane they’re entering. If they are struck by another car that is going with the flow of traffic, the U-turning driver may be to blame. For example, if the driver executes a wide turn, hits the far curb, and has to back up to get in their lane, their sudden stop may be to blame for an accident.

This common type of accident occurs when a driver at a red light decides to turn right on red without properly yielding to a driver who is making a legal U-turn. The driver who is making the U-turn has a green light, so the right-of-way should be yielded to this driver. Anyone who chooses to make a right turn on red must do so safely by ensuring there are no cars, bicycles, or pedestrians in the street before they turn.

But what about roads where there is no traffic light? If a driver at a stop sign is making a right turn, they must still yield to the driver making the legal U-turn. The fact remains that the driver making a right turn must be vigilant to safely make their turn without striking a vehicle, pedestrian, or bicyclist. If you were struck by a right-turning driver, a Minnesota U-turn accident attorney can help you quickly determine who was at fault and how to proceed.

After the Accident: Your Next Steps

In most situations, an accident that occurs during a legal U-turn is not the fault of the U-turning driver. If you were struck by another vehicle during a U-turn, speak to a Minnesota U-turn car accident attorney before claiming responsibility for the accident or accepting money from insurance.

Sieben Edmunds Miller is a Minnesota car accident law firm with decades of combined experience helping our clients pursue personal injury claims. Our Minnesota U-turn car accident lawyers can quickly determine who was at fault for the accident and what you can do to recoup the cost of your medical expenses, lost wages, and other financial hardships.

What to Do After A Head-On Car Accident

Head-on collisions are often very serious. Usually, both drivers will be affected because of the nature of the accident. In some cases, car accident fatalities may occur. When one driver causes injuries to another, they must be held responsible through a personal... 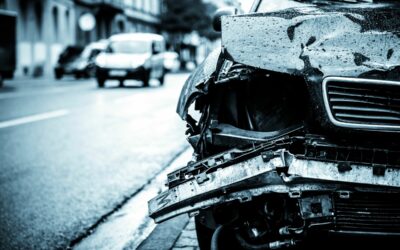 Head-on car accidents are often severe. They may cause serious injuries and even death. Our head-on collision injuries attorneys in Minnesota often work with clients who have been injured in a collision and are experiencing a traumatic brain injury, broken bones,... 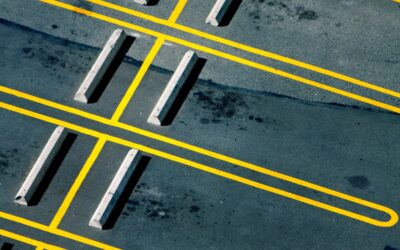 When most of us think of serious car accidents, we imagine high speed collisions or T-bones at intersections. But did you know that many people are struck and injured in parking lots each year? In fact, parking lot injuries are fairly common. They can happen much more...